Educator and well-known author Stephen R. Covey once said, “strength lies in differences, not in similarities.” As a newcomer, my life in Montréal has been full of experiences of learning about differences. These experiences ranged from learning about Montréal’s ethnic and cultural communities (peoples), to the issues related to their identities (selves) and their languages (-phones). I was intrigued by all these experiences as an Allophone – a term often used in Québec to describe someone whose mother tongue is neither English nor French (a linguistic category not even mentioned in the Anglophone/Francophone dominant conversations in the previous posts!). My experiences have made it clear to me that “Anglophone” and “Francophone” are not what Montréal is all about, as the terms may seem to erase all other languages by not naming them and lumping them all in with “Allophone.” Montréal is an exemplar of peaceful symbiosis of richly varied communities, having multiple layers of languages, ethnicities, and religions (with more than 120 cultural communities and 150 different languages spoken). Therefore, diversity and multiculturalism may no longer be the best terms to describe the ever-changing nature of the city. This is, notably, of vital importance to policy makers, who still consider these communities through their own traditional lens. 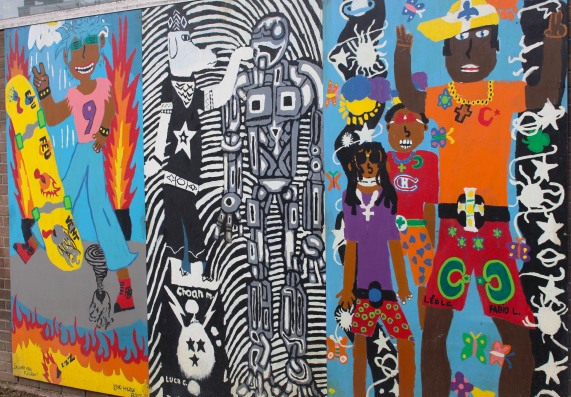 Last summer, I was offered a teaching job at a college in Montréal, working with a group of students with Japanese, Brazilian, and Mexican nationalities, which was, to my surprise, an exciting opportunity to learn more about Montréal and its multifaceted nature. The course period coincided with the World Cup 2014, and thus I was invited several times to watch the soccer matches with my students in sport stations, bars, and pubs, where I met different groups of fans rooting for their national teams. As in the words of Richard Attias, international events planner, “sport is one of the few spaces where people can learn about different cultures in a spirit of trust and friendship.” The World Cup provided me with the opportunity to learn about and to get a closer look at different communities of Montréal – something I had never been that close to, and had not realized these communities’ intricacies and their distinctive features, while also possessing similar layers. By “layers” I mean, not only the diversity of the communities, but the multilayered positions and status of individuals within these communities, an idea I’ll expand on below.

Once, we went to watch a Brazil-Mexico match with both Brazilian and Mexican students, all dressed in yellow and green, except one student, a Brazilian girl, of German Brazilian descent. She was born and raised in Brazil and spoke Portuguese, Spanish, German, and Italian. She came to Montréal to improve her English and learn French, sizing up the potential of the immigration process, and, of course, become a “polyglot,” if not a “hyper- polyglot”! She refused to join us to watch the match and when I asked her the reason, she said that she was a fan of Germany! This caused me to ask myself, what is it that makes one’s national identity? And I had no idea that even more fun learning moments were awaiting me when I joined Italians, Germans, Argentinians, Algerians, and Iranians cheering on their national teams during that month. You could see them not just in the bars and sport stations, but also on the streets, carrying their national flags, or wearing flag-colored make-up.

These students and potential immigrants have shown me that today, Montréal is a place where there are ethnicities within ethnicities and languages within languages, and still more layers upon layers. This makes the city no longer explicable from a lens of diversity and cosmopolitanism, set in a multicultural milieu. It’s more than that. Today, what one can see is diversity within diversity– a “super-diversity” – with diasporic, hybrid, and multiplicit features.

Montréal is no longer a place where people can be appropriately labeled based only on their languages and ethnicities. There are smaller religious, ethnic, and cultural communities within each larger community. There are individuals, within each community, with a variety of educational, linguistic, professional and social status backgrounds (from highly-educated individuals with multiple linguistic backgrounds to under-educated people with monolingual backgrounds), with different immigration statuses (from citizens to asylum seekers), and various ethnicities and religions. 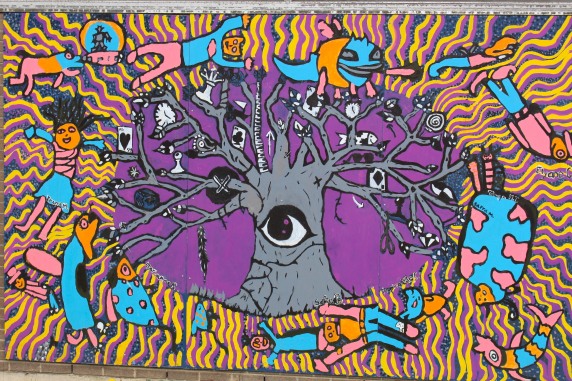 The experience of engaging in different communities, for immigrants, often bears upon forging new identities. Immigration is the beginning of a shift in immigrants’ identities – a shift in their professional, academic, cultural, and/or social identities. What I’ve found even more intriguing – given that identity is always fluid and in a state of flux – is how these individuals construct and negotiate their identities, journeying from their ethnic identities to their new identities. On one hand, many of these immigrants who consider themselves as Montréalers, would root for Montréal’s hockey team (with their Go Habs Go! slogan), and on the other hand, would support their national teams in the competitions such as the World Cup. So, there is this fluid identity, floating from one position to another. These identities are forged and maintained through sports, movies, and festivals. As an example of a cultural activity, many of these immigrants and Montréalers congregate at the Place des Arts for the Lumière Festival or the Jazz Festival, and still join in their ethnic communities to support their national-related activities. This brings about a juxtaposition of diverse cultures, creating “inter-culturalism” within the mainstream French language and culture. 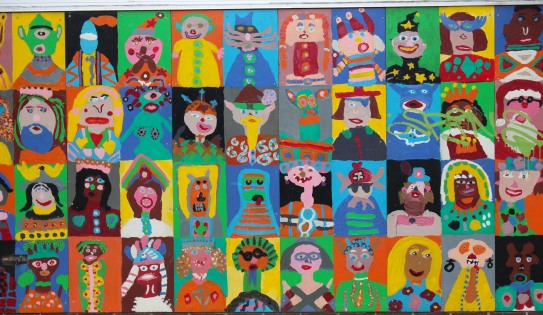 All this is happening in Québec, often regarded as a cultural and linguistic minority in Canada, holding a unique position due to its dominant Francisation. Montréal has been defying this axiom, albeit, hemmed in by sundry of languages and cultures, at least in the eyes of many Québecers – thanks to the immense immigration wave in recent years. Yet this hybrid feature even exists within the French language, with its partially “Anglicized” French – a mélange of French and English words (ex. c’est cool! bon week-end, c’est fun! Isn’t it?!). I have met many immigrants who considered themselves as bi-lingual, speaking French beside their mother-tongues, and others who came to Québec with a bilingual repertoire (with their native languages plus – oftentimes – English), learned/were learning French and acquired multilingualism (multilingualism here might be referred to as in its most basic sense, but as Stephen May, an expert in multicultural and multilingual education, indicates, is the topic du jour – at least in critical applied linguistics).

To recap, a novel and more comprehensive framework is needed to understand the complex, multifaceted nature of Montréal and the interplay between its peoples, their identities and their languages.

3 thoughts on “Montréal: A Mélange of Peoples, Selves, and “–Phones” (by Mehdi Babaei)”

Join the conversation below! Cancel reply

Want to be a guest BILD blogger? Here’s how:

• Send a (tentative) title, brief author bio, and either a short synopsis of your post or a full draft to BILD Guest Blog Editor, Stephen Davis at bildlida@gmail.com. Let us know how your post contributes to conversations about Belonging, Identity, Language, and Diversity.

• BILD posts are short - 500-1000 words - and can include photos (submitted as separate files), links to social media, videos, etc. Posts can also be in any language or combination of languages.